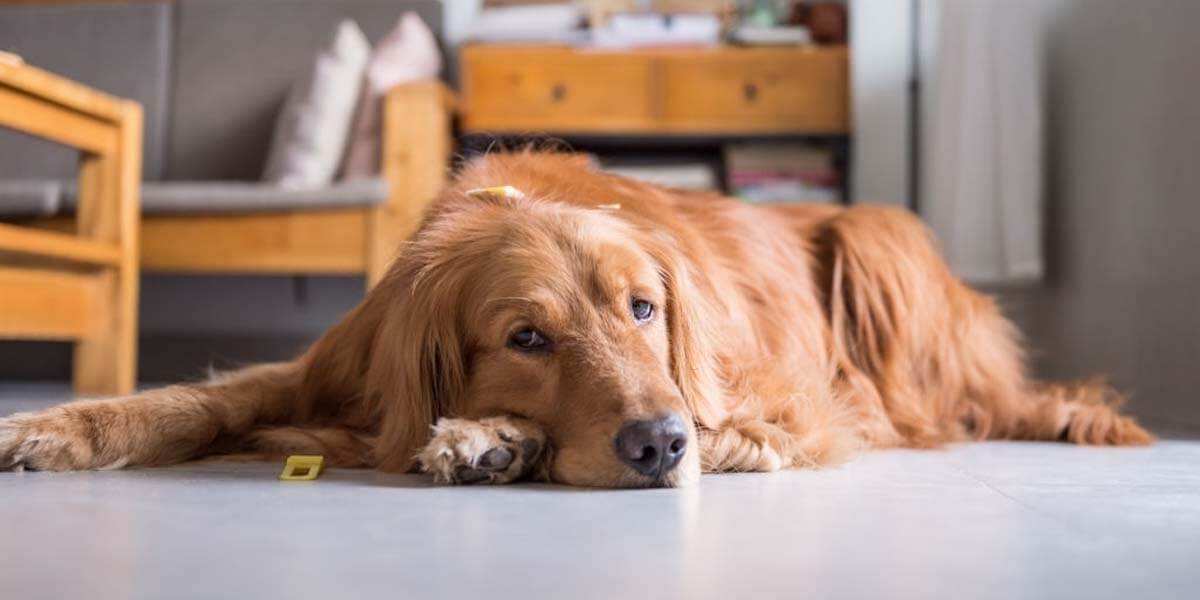 If you value happiness and cheer in your life, a dog might be the ideal companion for you. Unfortunately, however, even this playful animal can experience depression sometimes. As an owner, how to know if your dog is depressed? And what should you do about it?

It might seem unbelievable to some people that such boisterous creatures can fall victim to depression, but it happens. Of course, we can’t say that it’s the same as human depression, but the signs all point to something similar. But, we can’t ask a dog if it’s depressed, can we?

All you can do is keep an eye out for symptoms. If your dog is suddenly acting down, lethargic, or aggressive, depression could be the underlying issue. However, there could also be other reasons, so how do you know if a dog is depressed and not otherwise sick?

It’s essential first to rule out any other reasons, and then you could go ahead and try curing your dog’s depression. In this blog post, I will try my best to make you understand the symptoms, reasons, and ways to lessen depression in dogs.

Is my dog depressed or sick? That’s a puzzle many dog owners have to solve. But it’s a legit question. Many times, owners think their dog is depressed because it becomes lethargic, refuses to play, and generally acts gloomy. However, it could simply be arthritis.

Other medical reasons could also make your dog exhibit similar symptoms. Therefore, the first thing you should do when you suspect to know your dog is depressed is to contact a vet. Once the vet rules out medical reasons, we can only conclude that your dog might be depressed.

How to Know if Your Dog Is Depressed: Warning Signs

Changes in body language during their interaction with other pets and humans could be the first indication that your dog is depressed. There are some significant signs of depression in dogs that include:

Lack of Interest in Playing

Think about your dog. Doesn’t he love playtime and walking? You can hardly restrain him when he wants to play or go out. Did that change? Did your dog suddenly become reluctant to play or walk?

There might be reasons why your dog shows reluctance once or twice. For example, maybe they’re sleepy; the weather is too hot or too cold, etc. But if this behavior persists, it might be one of the significant symptoms of depression in dogs.

This symptom is something that you might overlook unless you’re familiar with your dog’s routine. If he starts to sleep more than usual, that’s a cause for concern. On the other hand, if your dog is unable to sleep due to restlessness and sleeps noticeably less than before, that could also be a symptom of depression.

A Tendency to Hide

All of a sudden, you see your dog much less. He’s not showing up in time for treats or playtime. So you have to actively go and find him if you want the two of you to spend some time together. Has this been happening a lot lately? Has your dog been hiding or avoiding you?

That could be a symptom of depression. However, the reverse could also happen, i.e., your dog could suddenly become unusually clingy and demanding. Neither are good signs.

When you first became a dog parent, you must’ve trained him to be docile and obedient, right? And he’s been very agreeable and bubbly all this time. But did he suddenly seem to have forgotten all of his training and started to act aggressively? Depression could be the reason.

If a human suddenly loses weight and the enthusiasm to eat, you’d know there’s something wrong. Just like that, a dog suddenly showing signs of decreased appetite or weight loss without any reason shouldn’t be overlooked. Pets can sometimes be picky about their food and get bored if you feed them one thing for too long.

However, if you try introducing a new wet food, some treats, or change the feeding schedule, and still it doesn’t seem to bring your dog out of the funk, it could be a sign of depression. If something is affecting your dog’s weight, you should undoubtedly see a veterinarian about it. Other signs of depression in dogs include:

If you notice these symptoms along with one or more major signs, don’t delay. Contact a veterinarian as soon as possible. While for some dogs, the symptoms could decrease after a while, do you want to take the chance? Don’t let your dog stew in his misery.

Possible Reasons Behind Your Dog Being Depressed

How can dogs get depressed? What reasons could they have to lose their playful nature to such an extent? Just like how the events and the environment around us affect humans, it can also affect dogs. To understand why your dog might be depressed, ask yourself these questions:

Depression in your dog might have been triggered by a specific life event that occurred recently. Grief and the feeling of loss from losing a companion (human or animal) seems to be a common trigger. Now, a loss doesn’t just mean death. It could just be a loss of contact.

Imagine your dog had a playmate at a nearby dog park. The playmate could be another dog or another dog owner that they got along with really well. Maybe you or the other party moved away to another city. This loss of contact could trigger depression.

Similarly, suppose a member of your family moves away for education, work, or marriage. In that case, your dog could also feel that loss acutely, which could be another reason for your dog acting depressed.

Other life events that cause drastic changes in your dog’s life could also be the cause of depression. Something big like relocating to another state, city, or house could be hard to adjust to, even for humans. So it’s only natural that it’ll affect your pet. Moving to a new location means new scents and colors, new places to familiarize yourself with, and maybe even a new routine.

I know I said to rule out medical reasons first. But reasons like chronic pain and long-term stress due to an illness could also trigger depression. Seasonal Affective Disorder (SAD) comes with the winter months. Trauma from some past event could also be a reason.

A Fear or Phobia

There was a case I’ve heard about a depressed dog that made me wince in sympathy. The dog was scared of lightning, and the family was staying somewhere that got a lot of lightning. This fear made the dog descend into depression. You might not be aware of your dog’s fear or phobia, but it never hurts to keep an eye out.

This often happens when the dog is a highly energetic breed, but the owner fails to make proper use of that energy. If there’s not enough playtime or exercise, the dog might fall into depression. That can happen to any dog if the stimulation they’re getting is inadequate.

The lack of stimulation could also be related to social isolation. Your dog needs interaction with other people and animals, and the lack of this sort of interaction could depress him.

What to do when your know dog is depressed? First, rest reassured that a dog’s depression usually isn’t as severe or hard to treat as depression in humans. Typically, it can be taken care of within a few days to a few months only with a bit of love and extra care. While dealing with my dogs, I find that exercising with them is a quick and effective way to bring them out of their depression.

It means you get to enjoy some quality time with them and also provide a lot of simulation. A win-win situation! Taking care of your dog when he’s depressed isn’t going to be a mammoth task, that I can tell you. Start with making some changes in your dog’s routine. Engage your dog in new fun activities.

I’ve seen that often socializing with other dogs helps a bunch. In the case that the loss of an animal companion triggered your dog’s depression, getting another pet can sometimes work. However, that’s a path you should venture with caution, as in some cases, it might backfire, and your dog will get more stressed.

Whatever you do, do not obsessively coddle your depressed dog. Do not encourage negative behavior like moping and refusing to walk. The dog will start to think he’s being rewarded for acting depressed and will latch onto it. While you’re trying new fun things with your dog, check which activities make him show signs of animation and happiness.

Reward those positive behaviors. If you’re confused, you can always get help from an animal behaviorist. Medicine is usually the last resort when it comes to treating a dog’s depression, but it’s not unheard of. Talk to your veterinarian about getting your dog on medication if behavior modification alone doesn’t seem to solve the problem.

Now that you have an idea on how to know if your dog is depressed, keep in mind that all the significant symptoms of depression in dogs could also be the symptoms of some other illness. So, it would help if you did not attempt to diagnose your dog’s condition by yourself.

Only after checking with your vet can you be sure that it’s depression and not something else. The good news is, with both behavior modification and medication, most dogs can get better within 6-12 months and can be taken off the drugs.

No matter the reason, any dog can get depressed. Once you’ve determined for sure that your dog is depressed, give him some extra love and attention in the way I’ve suggested, and your dog will hopefully be feeling better in no time.